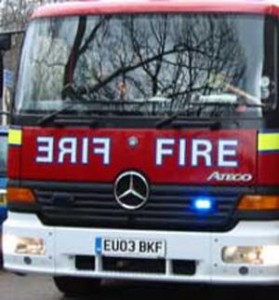 Teresa has criticised Fire Minister Bob Neill for taking no action to secure the return of 27 London fire engines that have been taken out of service and placed with private firm AssetCo, including one usually stationed at Plumstead.

In response to a Parliamentary Question by Teresa, the Minister confirmed that he has not spoken with the Chairman of the London Fire and Emergency Planning Authority, Brian Coleman, about the missing fire engines which have not been returned following recent strikes.

“It is disgraceful that one of the Plumstead fire engines hasn’t been returned by the London Fire and Emergency Planning Authority. We have paid for the fire engine through our council tax but at the moment we are only getting half the fire cover.

“I am very concerned about the public’s safety given that the London Fire Brigade has indicated that the withdrawn engines won’t be returned until the ongoing industrial dispute with the Fire Brigades Union has been resolved.

“The Fire Brigades Union is planning to ballot its members on proposals drawn up by an independent arbiter following recent talks. In the meantime there is no reason for Plumstead’s other fire engine not to be returned and put back into service.

“The fact that there are large areas across London without adequate fire protection should be one of the Fire Minister’s top priorities and yet he hasn’t even bothered to speak to the London Fire and Emergency Planning Authority.

“The London Fire Brigade’s own statistics show that more accidental, fatal house fires occur in the winter months between November and January than at any other time of the year.

“This is why it is so important that Plumstead’s other fire engine is returned and put back into service immediately.”