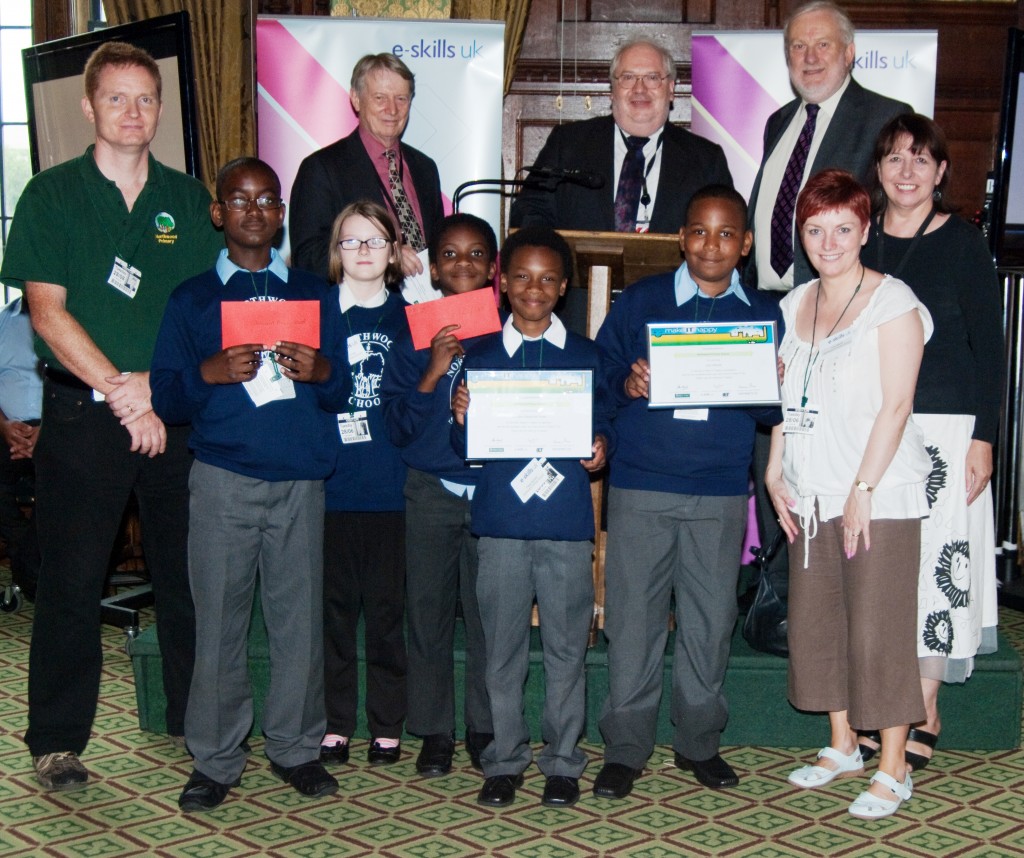 Teresa was delighted to join the Year 5 Class from Northwood Primary School at an awards ceremony for the Make IT Happy 2011 competition.

Having already scooped the £1200 London prize, the class went on to come second in the overall national competition, winning another £2500 in prize money and taking their total winnings to £3700. As part of their win, the pupils received a tour of the Houses of Parliament and a trip on the London Eye.

Make IT Happy is an annual UK-wide technology competition for pupils aged 9-11. This year’s competition theme was ‘Pass IT on’, with pupils challenged to show how they have used technology to connect with others. Back in February Teresa wrote to local primary schools to let them know about the competition and to encourage them to enter. Northwood Primary School’s Year 5 class produced an excellent video for the competition showing what an average day at their school is like.

“I am absolutely delighted that pupils at one of our local schools produced the best IT video in London, the second best in the UK overall and won so much prize money.

“It was great to meet the kids and their teachers at the awards ceremony in Parliament and to hear how much they had enjoyed taking part in the competition. They should all be very proud of their achievement. I hope this will encourage even more local schools to take part next year.”

“It was an amazing day! There were so many highlights: a trip on the London Eye; a VIP tour of the Houses of Parliament and seeing the children sipping tea and eating cakes in the MP’s Dining Room. Our children have a real interest in politics and I would like to think that they will return one day as MPs themselves.

“It was great to have the support of Teresa Pearce MP and to share the moment with her when we heard about our runners up prize. The prize money has already been put to good use, paying for a class set of lap tops so the children will have daily access to technology.”