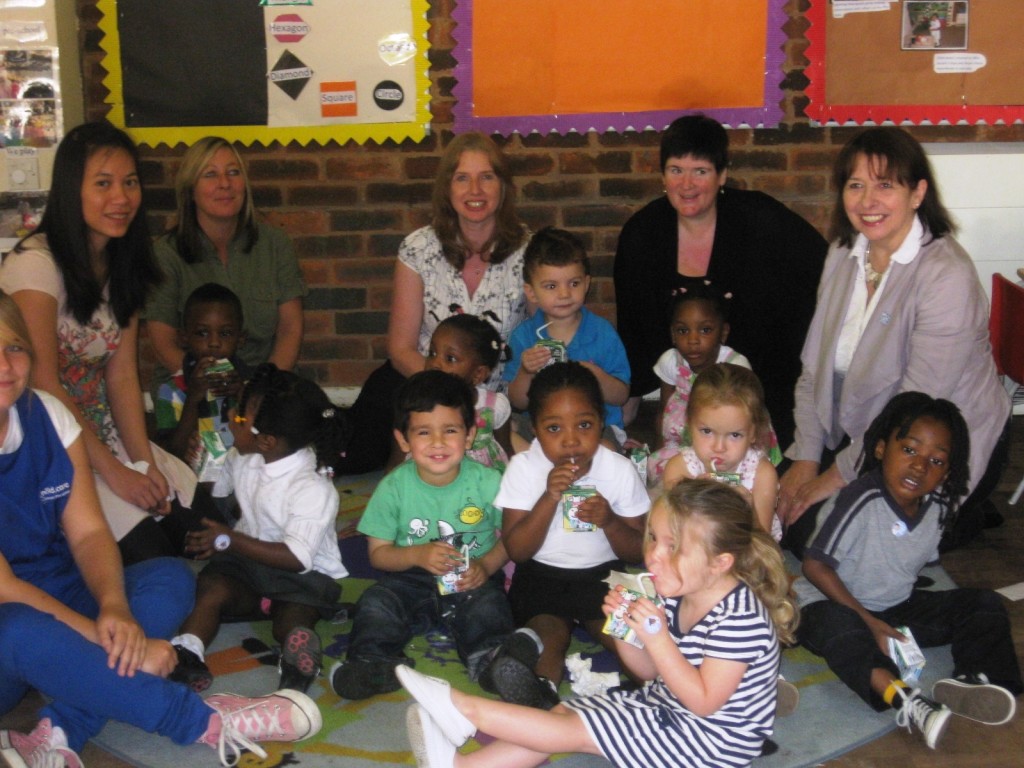 Teresa with staff and children at Arnott Pre School

Last week Teresa joined staff and children at Arnott Pre School in Thamesmead to celebrate World School Milk Day, which is funded by Cool Milk in the UK.

World School Milk Day is organized by the Food and Agriculture Organisation of the United Nations and is celebrated in over 30 countries around the world. Launched in 2000, the day promotes the importance of drinking milk at school to children in a fun and educational way.

Most nursery and primary school children have access to fresh, chilled school milk every day with the support of EU and UK Government subsidies. When milk subsidies were threatened during the Thatcher Government, public outrage made clear the importance of milk and healthy eating as part of children’s daily diet and lifestyle.

After taking on the role of ‘honorary milk monitor’ at Arnott Pre School, Teresa said:

“I was really pleased to visit Arnott Pre-School and to show my support for World School Milk Day. A healthy diet is really important for children and school milk plays an important part in this. Milk helps build stronger bones and teeth as well as having other benefits like improving concentration at school.”

This entry was posted in Local events. Bookmark the permalink.