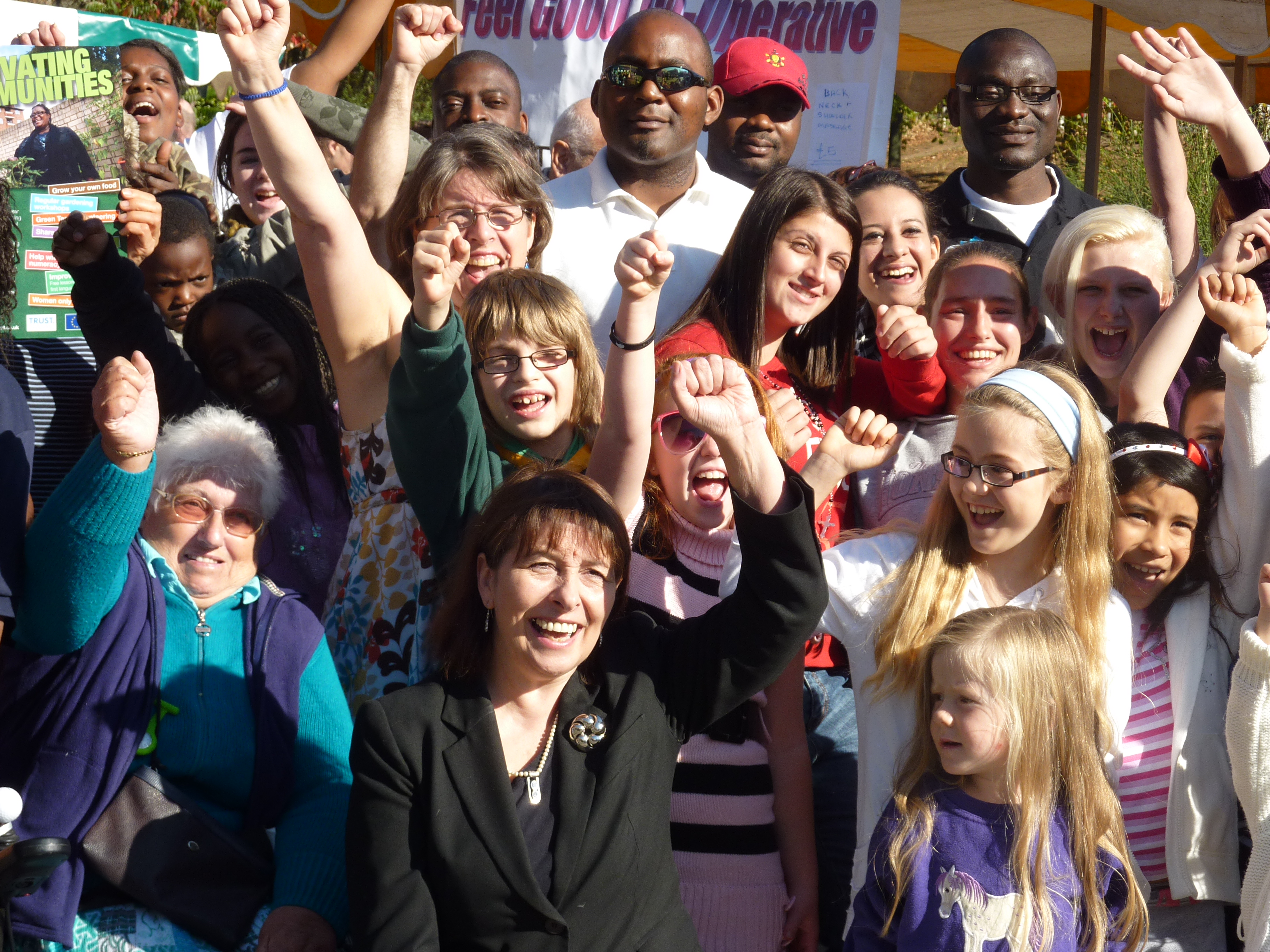 Teresa and Thamesmead residents and groups at the Arnott Harvest Festival

The event was set up to allow local community groups from the Moorings area of Thamesmead to meet, share information, fundraise through stalls selling food and goods and get local residents on board with upcoming community projects. The day also saw the launch of Trust Thamesmead’s European Integration Fund Cultivating Communities Fund to sign up volunteers for an upcoming garden project and a food bank for local families in need.

After attending the event, Teresa said:

“I was delighted to support the first Harvest Festival Market in Thamesmead Moorings. The day was a big success – it got people from different community groups talking to each other and there was a lot of interest from residents who want to get more involved in improving their local area.

“I look forward to continuing to work with community groups in Thamesmead as part of my ‘stop talking, start doing’ series of meetings and action plans.”