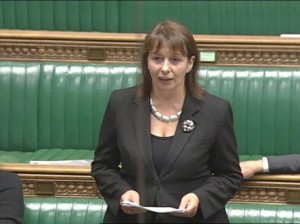 Last week Teresa participated in an Opposition-led debate on living standard under the current Coalition Government:

Teresa Pearce (Erith and Thamesmead) (Lab): I spent this morning talking about living standards with mothers in my constituency, who are losing a day’s pay today to stand with other public sector workers fighting for a decent pension. They told me that they had not taken strike action lightly or easily, and had never been on strike before. Many of them are low paid; they are all women. They told me that under the Government’s proposals for public sector pensions, when they retired they would receive only just enough to keep them above the threshold for means-tested benefits.

The Government like to encourage the myth that pensions in the public sector are gold-plated; they are anything but. The average pension in local government is £3,800 a year, and for women it is even lower—£2,800 a year. More than half of all women pensioners who have worked in the national health service receive a pension of less than £3,500 a year. Nobody in society benefits when pensioners are in poverty, and if people are reliant on state benefits in retirement, that costs the taxpayer more in the long run.

Although in my lifetime we have seen progress in terms of a fairer deal for women, it is undeniable that the women now reaching pension age are still at a disadvantage because of the decades for which women’s pay was lower. The Government talk the talk about a fairer deal for women, but I do not believe that they walk the walk. Many of us who campaigned alongside thousands of women born in 1954 will remember that the coalition had to be dragged kicking and screaming to make concessions to those women.

Under this Government the pay gap between rich and poor has been widening, and last week the Office for National Statistics figures showed that for the worst-paid jobs, the jobs traditionally held by women—the hairdressers, the dinner ladies and the waiters—pay has fallen sharply in real terms.

Lilian Greenwood (Nottingham South) (Lab): Will not those very women that my hon. Friend is talking about—the dinner ladies and the classroom assistants—be further hit by two years of a pay freeze, followed by years to come in which they will get wage increases of just 1%, if their jobs stay in the public sector and are not privatised?

Teresa Pearce: I totally agree with my hon. Friend. There is wage stagnation at the bottom of the income ladder. People are seeing their pay frozen at the same time as they face higher food, fuel and energy costs. There is a quiet crisis going on behind the front doors of the homes in my constituency, where families are struggling week in, week out to make ends meet. Their financial affairs can be thrown into total crisis by even the smallest unexpected bill.

Today, therefore, I want to talk about how the Government have decided what side they are on. They have driven on with that course, no matter what. It has to be said that we in this House are the privileged few, and surely the moral duty of those with privilege is to defend those who have little or no power. But that is not what I have witnessed since I came here in May 2010. What I have seen is a systematic, focused political attack by the Government on the poor, the weak and the voiceless.

In the May 2010 emergency Budget child benefit was frozen, housing benefit was capped, the health in pregnancy grant was abolished, and Sure Start grant was restricted to the first child. The Library said that 72% of those cuts fell on women. In October 2010 the same thing happened: more cuts—cuts to local government, cuts to Departments whose work affects women, and nearly half a million jobs cut from the public sector. When it comes to cuts, it seems to me that it is “women and children first”.

That leads me on to yesterday’s announcement. In June 2010 the Chancellor announced plans to increase child tax credits above inflation as a measure to prevent rises in child poverty. The spending review in October reaffirmed that pledge. Yesterday the autumn statement said that that decision would be reversed. The Daily Telegraph said today that the Treasury admitted that the cuts in tax credit would “theoretically” push 100,000 children into poverty. Let me tell the House that the child poverty in my constituency is not theoretical. It is heartbreakingly, grindingly real. So why do the coalition Government think that it is fair, or morally right, to hit hardest those who have the least?

It is not just me who thinks this way. The Children’s Society has said that it is “deeply concerned” that the Chancellor “has decided to compound the hardship felt by low-income families.”

The Working Families charity has said that “today’s measure will lead to higher levels of in-work poverty, or to more parents being priced out of work.”

Anna Soubry (Broxtowe) (Con): Is the hon. Lady really saying that child poverty has only existed in her constituency for the past 18 months, and that it did not exist in the 13 years when her party was in power?

Teresa Pearce: What I am saying is that child poverty in my constituency will increase as a result of this Government’s plans.

Inequality is often most obvious in the context of housing. Every week my postbag is full of letters from families who are living in overcrowded, shoddy, private-rented flats, and whose dream of a decent home seems to drift further away every month. I would welcome any initiative that helps to remedy that, but, sadly, I do not think that the measures announced by the Government, such as underwriting mortgages for families to buy new-build homes, will help families in Erith and Thamesmead.

The indemnity scheme involves taking a lot of risk on to the public-sector balance sheet. That is bad for taxpayers and could be worse for those who take up the scheme. The scheme applies only to new build, and it is widely acknowledged that new build is often marketed at a premium above market value of about 2% or 3%, so a 95% mortgage will, in effect, be close to a 100% mortgage, and if house prices fall buyers will face negative equity and the taxpayer will have to cover any losses. A better way to help families and first-time buyers is through extending stamp duty relief.

Time and again, therefore, the Government show whose side they are on: they cut corporation tax while increasing VAT; they cut housing benefit rather than tackle the unscrupulous landlords who are profiteering from housing benefit while their tenants live in substandard properties. As for the Chancellor, it is clear that not one of his post-election assertions has turned out to be correct: inflation is up; growth has stalled; the eurozone has crashed; the structural deficit is bigger than previously thought; and unemployment continues to rise month on month as the private sector fails to take up the public-sector slack, although the Chancellor was certain that it would do so. It appears, too, that everybody else is to blame. The Chancellor has blamed the royal wedding, the weather, civil servants, Brussels, employment tribunals, trade unions, banks, bank holidays, people living longer, energy prices and, of course, the Opposition. We have a Chancellor who wants the power but not the responsibility, and I fully expect him to say at the next Budget, “It’s not my fault—”

This entry was posted in House of Commons, Speeches. Bookmark the permalink.