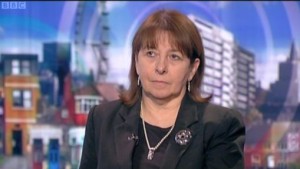 Teresa has criticised the Mayor of London Boris Johnson’s plans for a ferry crossing at Gallions Reach in Thamesmead by 2017, telling the Bexley Times:

“One of Boris’ first actions as Mayor was to scrap the Thames Bridge which would have been a lifeline to opportunity and economic prosperity to the residents of Thamesmead.

“Had he not scrapped it, it would almost be ready for use now. Instead he now offers the possibility of a ferry between Thamesmead and Beckton in five years’ time which is a feeble, unfunded offer.

“In November 2008 when he scrapped £3.5 billion worth of planned transport projects – including the £450 million Thames Gateway Bridge – Boris Johnson said ‘I am stopping the deception of keeping hopes alive when there is no funding for these schemes’. So where is the money coming from now?

“My constituents want and deserve a bridge but Boris does not listen to or care about the people of Thamesmead.”