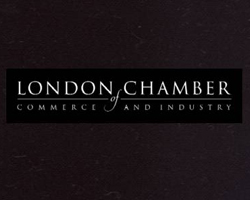 Teresa has backed calls from the London Chamber of Commerce and Industry (LCCI) to build a new bridge in east London.

LCCI has been campaigning for a new bridge to be built at Gallions Reach in addition to a new tunnel in order to meet the growing transport need in the east of the city. There are just two river crossings east of Tower Bridge compared to 22 to the west.

“East London is vital not only to the success of the capital’s economy but to the UK economy as a whole, and if east London is to really reach its full potential it needs the right infrastructure in place to help drive that growth.

A new bridge at Gallions Reach, as well as the tunnel already proposed at Silvertown, is therefore essential so I am delighted to put my support behind this campaign to Build the Bridge.”

“East London is in desperate need of new river crossings. While the ideas that have been proposed are welcome they are nowhere near adequate enough to meet the needs of this part of the city.

If east London is to continue to drive economic growth in London then we need TfL and the Mayor to act now and reconsider their plans which don’t include a bridge.”

The call for a new bridge is one of five major infrastructure projects that LCCI is calling for as part of its “Grow London” campaign. This campaign is calling on the Chancellor of the Exchequer, George Osborne MP, to protect funding for transport investment in London in the approaching Comprehensive Spending Review.

This entry was posted in News, Press Notices, Uncategorized. Bookmark the permalink.