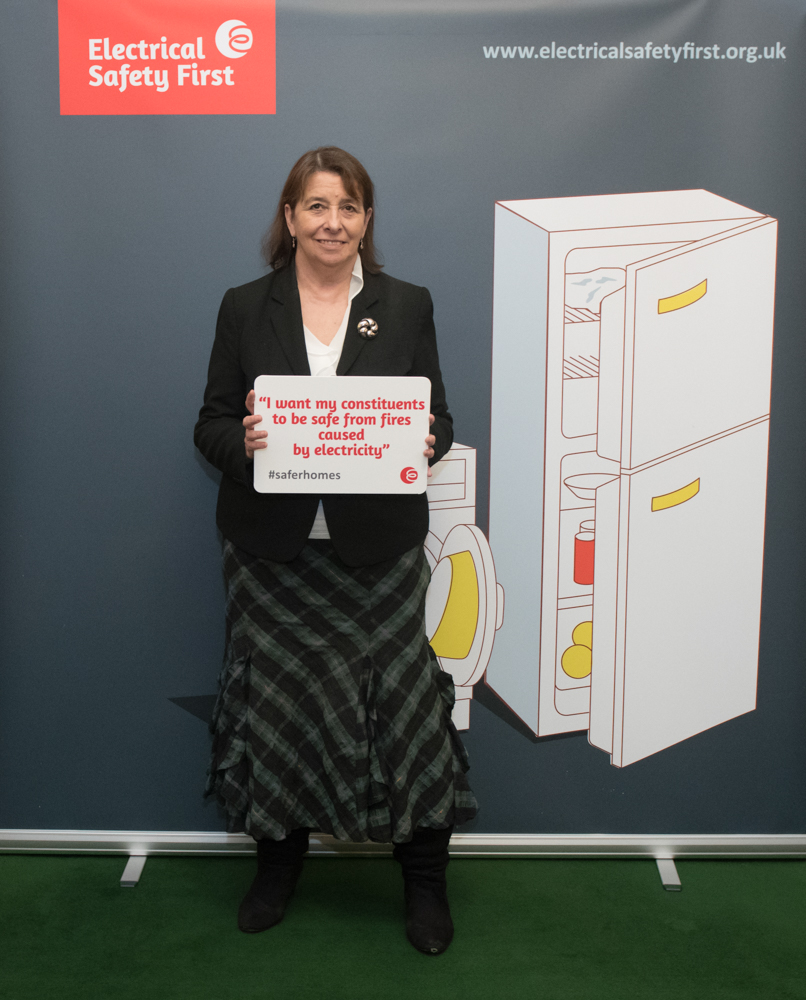 I recently attended Electrical Safety First’s recent reception to find out more about how I can help my constituents stay electrically safe at home – especially now, as winter has arrived and older people in particular, are at greater risk of an electrical accident.

White goods, such as dishwashers, tumble dryers, and fridge freezers, are one of the leading causes of electrical fires in England’s homes. Last year, they caused almost 2,000 fires – the equivalent of over five fires per day.I would like to encourage people to sign up and support this campaign by visiting www.supportsaferhomes.com

Electrical fires in the home are generally caused by misuse of appliances, poor regulation of electrical safety checks – particularly in the private rented sector – faulty appliances and electrical distribution faults. Electrical Safety First believes these issues must be tackled in tandem to make a real impact on the problem. So it is calling on the Government to establish a package of measures to reduce electrical fires by 10% over the next five years.  These include introducing compulsory, five-yearly electrical checks in privately rented homes and boosting the Fire Kill’s campaign to focus more on electrical fires.

In the meantime, the charity has developed a range of resources  to help check the safety of a property. This includes a mobile phone app, which provides a quick visual check of the electrics in a home, plus a link to find a registered electrician in your area.