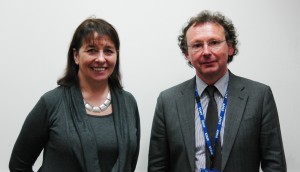 Over a thousand teenagers in Bexley will be breathing a sigh of relief after the Government agreed to honour their commitment to students on EMA who are halfway through their two-year course.

Back in December Teresa held a debate in Parliament on the Government’s unfair decision to scrap EMA. Teresa told the Minister that students receiving EMA had begun their courses in good faith, could not have foreseen that the funding would be withdrawn later and were at risk of dropping out of education altogether if the payments were removed. She urged the Minister to honour his commitment to those students.

This week the Government was forced to back track due to the threat of legal action. Students that are mid-way through their course will now receive EMA until the end of their course. However, EMA is still being replaced with a scheme just one-third the size of EMA so the fight to improve financial support to keep young people in education will continue.

“At local colleges like Bexley College around 43% of students are on EMA. If this support had been withdrawn halfway through their course many would have struggled to afford to continue. I’m really pleased that because of the pressure we’ve put on the Government, these students won’t have to worry about whether they can stay on at college next year.

“When I held a debate on the scrapping of EMA in Parliament I met Bexley College Principal Danny Ridgeway beforehand to hear his views. He said EMA was working at Bexley College because the payments were linked to attendance and completion of course work. EMA really makes a difference.

“Six months ago this government was saying under no circumstances were they going to reverse their decision. We have managed to force a partial climb-down but I will keep campaigning because they are still planning to cut the money to 16-19 year olds who want to stay in further education by 70%. With youth unemployment at almost one million we should be investing in young people – not making things harder for them.”