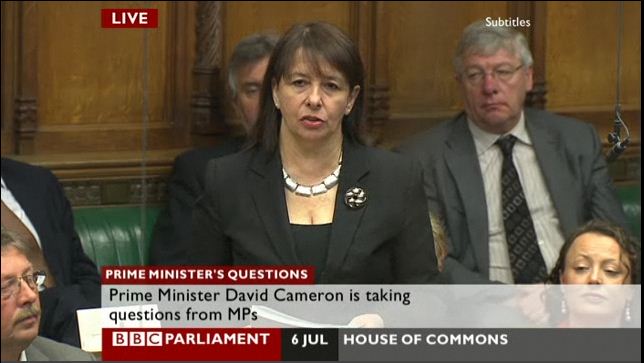 During Prime Minister’s Question time on Wednesday 6 July, Teresa called on the Prime Minister and London Mayor to do more to tackle knife crime in the capital. She highlighted the case of her 16 year old constituent Yemurai Kanyangarara who was tragically stabbed and killed in Welling on 1 July.

“Victims of knife crime in London have increased by more than 8% in the past three months. On the streets of London we have children carrying knives and other children afraid of the journey to and from school.

“Last Friday, on a busy shopping parade, a 16-year-old constituent of mine was stabbed to death. Two children have been arrested in connection with that. What will the Prime Minister do to ensure that the Mayor of London gets a grip on this problem, which was one of both the Mayor’s and the Prime Minister’s election promises?”

“The case that the hon. Lady raises is an absolutely tragic one and there are still too many victims of knife crime, particularly among young people in our cities and particularly in London. What we are doing is creating a new offence with a mandatory prison sentence to send a very clear message to those who carry knives. The offence will apply to those with a knife who threaten and endanger others in a public place. That will send a clear message to those who possess a knife that if they threaten anyone they will go to jail.”

“The Government and the London Mayor need to get a move on and deliver what they promised – zero tolerance for carrying knives. We’re over a year into this Conservative-led Government and there is still no offence with a mandatory prison sentence for carrying a knife. They must take action now to stop the kind of violence we saw on our streets in Welling happening again.”

This entry was posted in House of Commons, Local events. Bookmark the permalink.