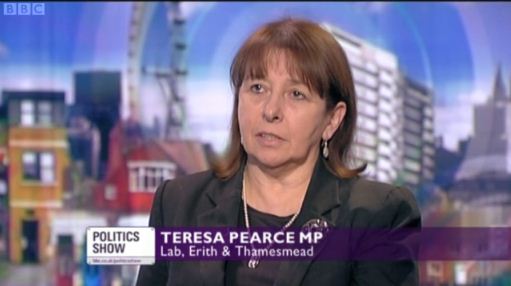 Whilst discussing knife crime on The Politics Show London yesterday, Teresa called for information about the number of weapons seized in schools to be made available. BBC research has shown that only 3 London boroughs currently hold figures on seized weapons in schools.

The Department for Education says schools are under no obligation to disclose to councils instances where they had seized weapons, but Teresa argued that needs to change, saying:

“They should be doing that because the first step to finding a solution to this is accepting there’s a problem. Until you know the size of the problem, you can’t actually take steps to make the problem go away or at least to minimise the problem.”

This entry was posted in House of Commons, News, Videos. Bookmark the permalink.