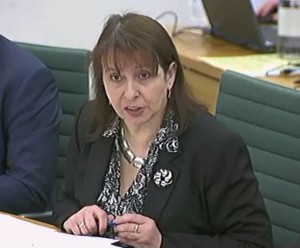 Teresa has written to the heads of major banks and building societies in the UK urging them to establish a presence in Thamesmead and inviting them to meet with her in Westminster to discuss the issue further.

In the letter Teresa points out there are approximately 50,000 people living in Thamesmead but no bank branches and very few free cash machines. At a community meeting Teresa held with community development agency Trust Thamesmead last year, the lack of banks was one of the top problems identified by the thirty community groups in attendance.

Since becoming a member of the Treasury Select Committee late last year, Teresa has raised the lack of bank branches in Thamesmead in evidence sessions with the heads of banks, such as the Royal Bank of Scotland. As well as putting the case for more bank branches based on social need in her letter, Teresa also argues that the arrival of Crossrail at Abbey Wood could make a branch opening a good commercial decision for the banks.

“Last year local community groups told me that one of the most important factors in improving Thamesmead is getting better banking facilities for residents. Royal Bank of Scotland has already said they are willing to engage with me about better banking services in Thamesmead, and I hope the other major banks and building societies I have written to will follow suit.

“It’s really important we get more bank branches and cash machines in Thamesmead. At the moment all the banking facilities are in the south of my constituency and tens of thousands of people living in Thamesmead don’t have easy access to local banking services.”

This entry was posted in Local events, News, Select Committees. Bookmark the permalink.