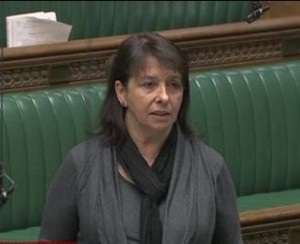 Teresa has put her name to a Commons motion – EDM 2736 – urging the Government to reconsider plans to close Driver and Vehicle Licensing Agency (DVLA) offices across the country, including the DVLA office in Sidcup.

In December last year the Transport Minister announced plans to close 39 DVLA offices, 10 enforcement centres and 3 process units, meaning  1,200 workers will lose their jobs. Since then Teresa has been contacted by constituents who work at the Sidcup office who are worried about losing their jobs and the impact the office closure will have on the local community. Members of the Public and Commercial Services Union fear that 86 jobs could be lost at the Sidcup office.

The Government is currently consulting on the plans, and Teresa is urging everyone who values having a DVLA nearby in Sidcup to take part by submitting their comments before the 20 March 2012 deadline.

“These plans are about short term savings but I don’t think Ministers have really thought through the long term implications of shutting all these offices and putting people out of work.

“As well as pushing up local unemployment, it will mean a big reduction in service levels as DVLA services will have to be done over the internet or at Post Offices and the expert advice offered at the Sidcup office will be lost.”

This entry was posted in Consultation, Local events, News. Bookmark the permalink.