Teresa calls for discounts for local people on the Dartford Toll 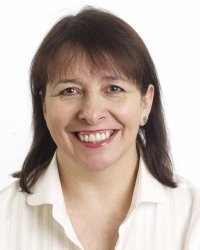 This week Teresa added her voice to calls for local people to be given discounts for the Dartford Toll, which this month rose from £1.50 to £2 for cars, £2 to £2.50 for two axle goods vehicles and from £3.70 to £5 for multi-axle road users. However she also pointed out Bexley residents shouldn’t be paying it in the first place.

She told the News Shopper:

“The discount should extend to Bexley residents but we shouldn’t be paying in the first place. If you talk to anybody locally, they were sold the crossing on the promise that it would be free.

“It’s a tax on people who are living in the south east of London. It’s also a tax on their job. There is no other way to get across the river, it is the only way.

“At a time when we are asking people to take the shortest route and asking them to look further a field for work it’s ridiculous.”

This entry was posted in Local events. Bookmark the permalink.