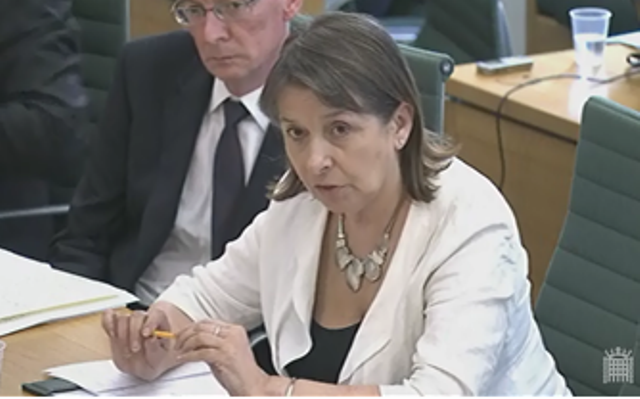 Yesterday the Chancellor of the Exchequer, George Osborne, appeared before the Treasury Select Committee (TSC) as part of its inquiry into the Government’s Spending Review, which was announced last month.

Drawing on the Chancellor’s proposals, Teresa highlighted the fact that the number of people visiting food banks continues to rise each month, and that this is likely to rise further still under the Government’s plans, one of which will require job-seekers to wait seven days after submitting their claim before being paid any benefit.

The Chancellor argued that the reason for the increase in the number of people using food banks is predominantly due to the effectiveness of advertisements put out by Job Centres across the country. He failed to state categorically that this is due to an essential need. He commented that “there might be more people using them because more people are aware of them.”

Teresa directly asked the Chancellor if he knew the number of times that an individual can return to a food bank within one year. He appeared to be unable to answer. Teresa also directly asked the Chancellor if he knew the maximum amount of housing benefit a person can claim in London for a one-bedroom flat. He did not know the answer. She asked him if he thought it was fair that the maximum sum of benefit which can be claimed for a one-bedroom flat in London is £250, whereas an MP is entitled to claim £350 for the same size property. The Chancellor failed to offer a substantive response, and just replied: “I want to reduce the cost of politics, but I also want to reduce the cost of welfare.”

Teresa emphasised the point that the same individual is only able to visit a food bank three-times a year. She centralised the fact that usage is rising because more people are in need of the service, and not because the same people are repeatedly returning. She also highlighted the inherent unfairness in the inconsistency between the amount housing benefit claimants are entitled to for a one-bedroom flat in London compared with what MPs are able to claim. The meeting can be viewed online here.

“The Prime Minister has been to one and most people have helped out at a food bank, but for the Chancellor, it seemed irrelevant to him. Given that this is the reality of many people’s lives, it is worrying that someone invested with the responsibility for the country’s finances is so clueless about the operation of food banks, especially when his decisions will have such a negative impact on those who are already vulnerable.

“The reason more people are going to food banks is because more people are being referred by experts as they believe there is such a need. To claim that the main reason for this increase is due to the effectiveness of advertising demonstrates a complete lack of awareness of the extent to which many people are struggling to feed themselves and their families.

This is not about casual choice, or just the want of ‘free food,’ but about hunger, desperation, and the lack of options many people have to deal with across the country every day.”

This entry was posted in House of Commons, News, Select Committees. Bookmark the permalink.