Teresa speaks out against proposed pay rise for MPs 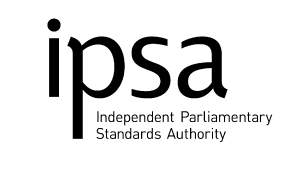 Teresa has today spoken out against recommendations made by the Independent Parliamentary Standards Authority (IPSA) that the basic salary of MPs should be increased by over £7,000 per annum in 2015.

Additionally, the salary of MPs will be linked to annual growth in average earnings. Since this is not yet known for 2015, the increase would in real-terms be somewhere between £73,365 – £83,430.

IPSA has justified this increase by arguing that in 1980 MPs were paid 3.16 times average national earnings, a ratio that has reportedly slipped to 2.7 today. IPSA also claim that a pay rise is necessary for MPs in order to be consistent with other public sector professions.

“I think that it is ridiculous that we are discussing an increase in MPs’ salaries in the current climate. MPs are public sector workers and we should not be thinking about pay rises when the queues at food banks keep getting longer and longer each month as people across the country struggle to make ends meet.

Whilst IPSA is an independent body – and MPs have no authority over its workings – I think that its recommendations are badly judged and badly timed. I am glad that IPSA has launched a public consultation on this issue. This will give people across the country the chance to put an end to these ridiculous proposals.

If MPs were able to vote in parliament on this matter, I would vote against an increase in MPs’ pay. I think that we are very privileged to be MPs and in the position to serve our local communities. People should only become MPs if they feel passionately about politics, and not because of any monetary incentive. Anyone who decides to become an MP for the money is not the sort of person who should be pursuing a career in politics.”

This entry was posted in Consultation, House of Commons, News. Bookmark the permalink.