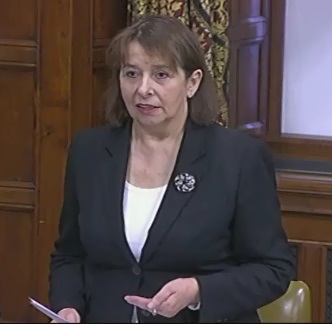 Teresa today outlined the need for the private rented sector to be subject to greater regulation during the Westminster Hall debate that she secured on Housing in London.

During her speech, Teresa highlighted the fact that home-building is down, homelessness is rising, there is a lack of social housing and affordable housing, and a lot of people are being locked indefinitely out of the mortgage market and cannot buy their own homes. She drew on these issues to explain why it is that more and more people in London have no option but to rent privately, and consequently why it is that the private rented sector needs to be subject to greater regulation. Teresa outlined some of these issued in an article on Politics Home ahead of the debate.

Figures reveal that in the past ten years the proportion of families renting in London has increased from 1 in 10 to 1 in 4. Taking into account population growth, this is a 119 per cent increase in the number of families renting. In Teresa’s constituency almost one-fifth of all families live in private rented accommodation.

Teresa argued that private renters are being denied the opportunity to make properties their homes due to the instability of the market. To combat this, she proposed:

Teresa put a number of questions to the Minister, Nick Boles MP, but unfortunately he was unable to answer and advised that he would do so at a later date. The full text of Teresa’s speech can be viewed on Hansard.

“As I stressed in my speech, we are facing the biggest housing crisis in a generation. Building more affordable and social housing will help in the long-term, but that won’t help the people locked out of the housing market who are privately renting now. We must accommodate the needs of those who are privately renting to ensure that every child does have the opportunity to grow-up in a stable home, regardless of whether it is owned by their guardians or not. Rogue landlords cannot be allowed to continue making a profit on sub-standard accommodation at the expense of vulnerable people.

I was very pleased that so many of my Labour colleagues contributed to the debate. They spoke intelligently and frankly about issues including affordability and the misuse of the Right-to-Buy scheme in London. Their contributions showed how committed we are, as a party, to combating these problems.

The absence of Conservative and Liberal Democrat MPs at this debate was shameful. Besides the Minister and his Parliamentary Private Secretary not a single one attended. Given the extent of this problem across the capital, this is inexcusable. If Labour MPs could make it there is no reason why they couldn’t. Some live within walking distance of the Commons. This is a serious problem affecting thousands of people across London. If no members of the coalition Government could even be bothered to turn up, what hope is there that this Government will address the problem?

I was extremely disappointed that the Minister was unable to answer the questions I put to him. The Department for Communities and Local Government (DCLG) had a week to prepare for this debate, and I wanted answers. I hope to receive adequate responses as soon as possible.”

This entry was posted in House of Commons, News, Press Notices, Speeches. Bookmark the permalink.