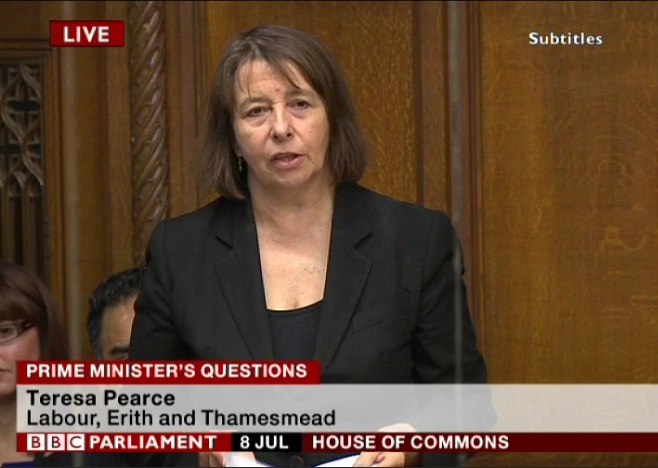 Teresa raised with David Cameron during today’s Prime Minister’s Questions (PMQs), concerns about new figures from Age UK which show that there are over 1 million elderly people in this country who are not getting the basic help they need to be washed, dressed and fed.

“What does the PM have to say in response to new figures from Age UK showing that there are over 1 million elderly people in this country who are not getting the basic help they need to be washed, dressed and fed?”

“We need to see a continued improvement in social care, and we need to continue to help pensioners. Pensioner poverty is at an all-time low because this party has kept its promises to uprate the basic state pension, to support pensioners’ benefits and to make sure that people have dignity in their old age.”

“I was disappointed that the Prime Minister failed to address the recent figures from Age UK. We need genuine dignity in old age, and support for the more than 1 million older people struggling to cope alone. While our population is aging, government spending on older people has fallen by almost a third. Too many older people suffer insecurity, loneliness and exclusion. We need to improve both the quality and the capacity of care services in this country.”