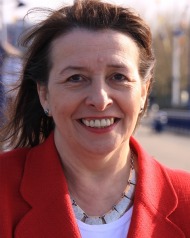 The Battle of the Somme lasted from 1 July 1916 to 18 November 1916, and was one of the bloodiest battles throughout history, resulting in over one million casualties.

A commemorative event is held at the Thiepval Memorial every year, but the centenary event in 2016 will be on a larger scale, with some 10,000 people attending. Of all the anniversaries of the Great War, the centenary next year of the Somme is likely to loom largest in the UK’s public consciousness.

The joint Anglo-French commemoration of the Battle of the Somme is expected to attract great public interest.  The 8,000 tickets will be allocated in pairs, free of charge, through a public online ballot. The ballot will be open to residents of the UK, France and Ireland on 28 September 2015.

“Many lives were lost throughout the duration of the Battle of the Somme, and it is important that we commemorate and honour their sacrifice.

“The event at the Thiepval Memorial next year to mark the centenary of the Somme will be an important commemorate the battle. I hope some of my constituents are successful in the ballot and are able to remember and commemorate the events of 99 years ago.”

This entry was posted in Local events, News, Press Notices. Bookmark the permalink.