Teresa has welcomed today’s announcement by the Mayor of London, Sadiq Khan, for new greener and more accessible river crossings connecting the East and South-East of London.

The announcement will see new river crossings to benefit all road users – from pedestrians and cyclists to drivers. A key part of the proposals is a new proposed extension of the DLR to Thamesmead and the potential for an Overground rail extension across the river from Barking to Abbey Wood.

The proposals could also see a potential riverbus between Canary Wharf and North Greenwich.

A full consultation on the proposals will be announced soon.

“I welcome the announcement on new river crossings today by our Mayor, Sadiq Khan.

“I have long called for public transport river crossings. Connecting the South-East and East of London is vital not only to allow the capital’s economy to grow and thrive, but to boost connectivity in our local area.

“Today’s proposals will encourage growth, reduce travel times and will expand opportunities. Bringing the DLR to Thamesmead is a game-changer and fulfils the promises made when Thamesmead was built over 50 years ago.” 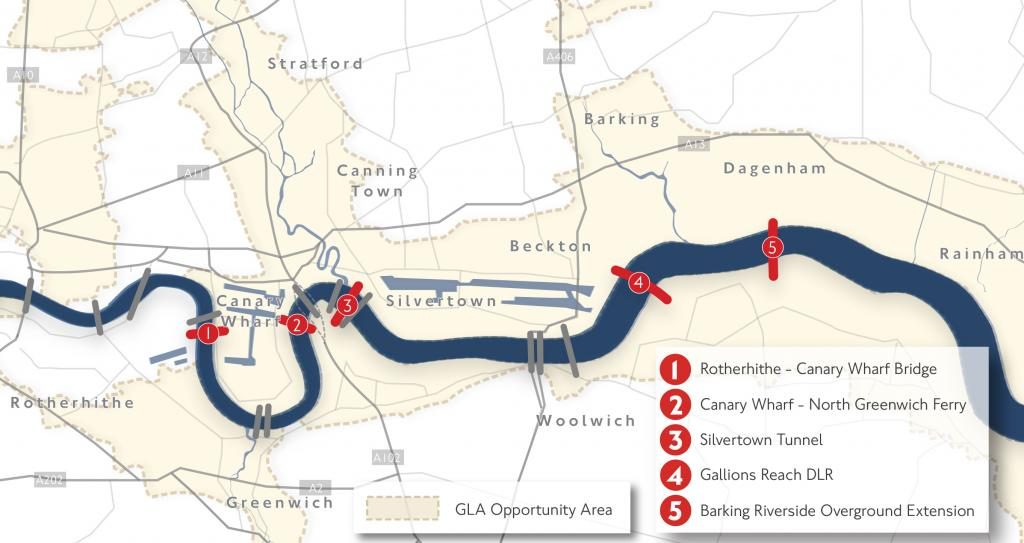 The new Transport for London proposals for River Crossings