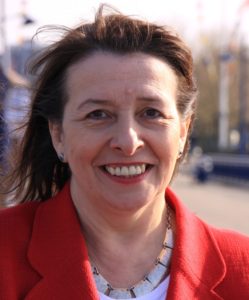 Teresa has today criticised the Government’s announcement that Transport for London will not take over Southeastern services from 2018.

Speaking about the announcement, Teresa said:

“I am bitterly disappointed by this announcement, which is a slap in the face to all those people locally who have to endure the misery of travelling on a truly substandard rail service in south east London.

“Transport for London put forward a good business case for taking over suburban rail services, which would have brought proven rail management to a network that has floundered under Southeastern Trains. Devolution had won support across the political spectrum, such is the degree of anger and frustration about the performance of Southeastern Trains.

“There is widespread recognition of what TfL has achieved with London Overground in a short period of time, and I had hoped the same service improvement could have been achieved for people in Erith and Thamesmead.

“The decision is a missed opportunity at a time when London is experiencing substantial new growth and more than ever needs a rail service fit for purpose. I am not convinced that the Secretary of State’s alternative is going to achieve that.”