Today Southeastern announced that it has finally seen sense and is introducing Delay Repay for 15 minute delays.

This comes after many local MP’s pressured the Rail Minister during a debate on 6 March. One of the points Teresa raised with the Minister was Delay Repay saying:

Although this is good news there was disappointment buried at the end of Southeastern’s Press Release with the announcement that Southeastern has been given a possible further extension of its current franchise until April 2020 – almost 18 months later than the current franchise was supposed to end. 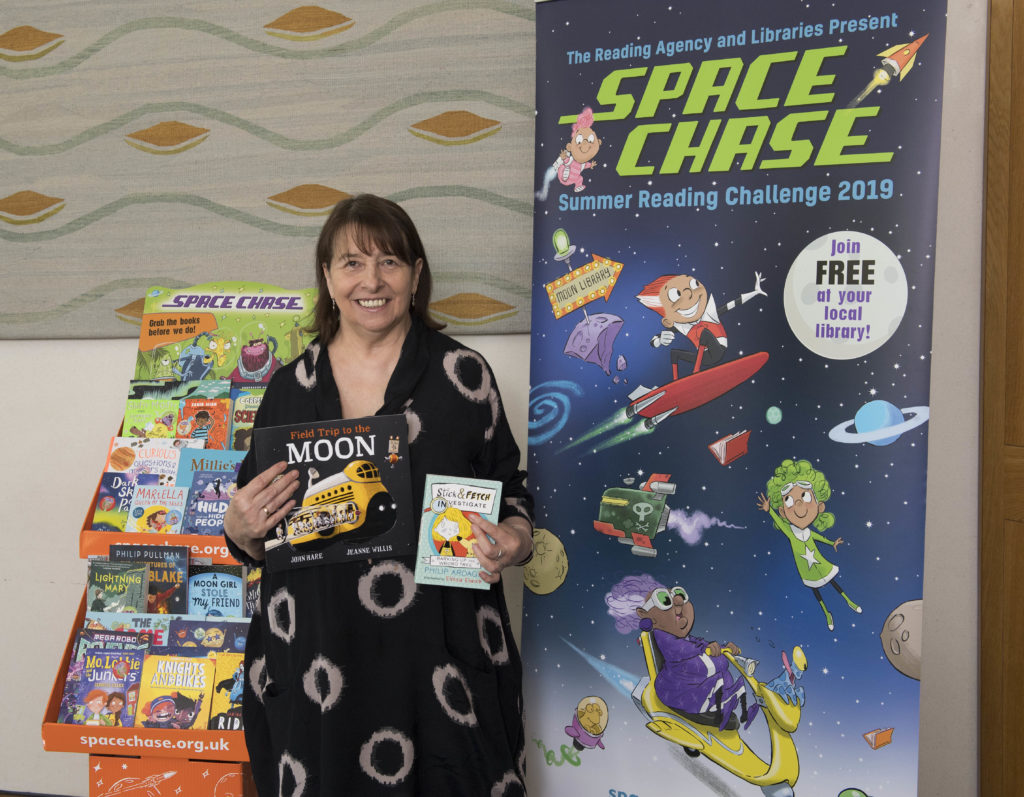 Teresa Pearce MP is supporting a campaign run by charity The Reading Agency to encourage all primary school children to take part in this year’s Summer Reading Challenge. The Challenge launches across England and Wales on Saturday 13 July 2019.

To take part in Space Chase, all children need to do is to head to their local library. There they will be given a special mission folder to keep track of the six library books they’ll be reading over the summer as part of the Challenge.

“I hope parents, grandparents and carers in Erith and Thamesmead will take their children to the library over the summer to sign up for the Summer Reading Challenge. It’s free, inclusive and, most importantly, makes reading fun. Last year 7707 children in Bexley and Greenwich took part. I hope we can increase that number this year and remind local libraries what a valuable asset they are to us and our community.”

The Summer Reading Challenge reaches children and young people of all ages. For pre-schoolers there is a mini challenge, while young people (aged 13 to 24) can volunteer and support younger children taking part.

For more information on the Summer Reading Challenge including how to get involved and resources for schools, go to www.readingagency.org.uk/summerreadingchallenge

Today the Mayor of London has made clear his opposition to the proposal from Cory Riverside Energy to build a second waste incineration plant on its site next to the River Thames in Belvedere. The proposed incinerator is called the Riverside Energy Park, because it includes proposals to generate electricity as part of the waste incineration process. The project is currently under consideration by an Examining Inspector from the Planning Inspectorate, who will make recommendations to the Government, who will then decide. This is because it is argued to be of national significance and therefore not processed through the usual planning processes run by London Borough of Bexley. Under the plans the project would start operating in 2024.

As your local MP I fully support the Mayor’s stance in opposing this development, and I have submitted written representations to the Examining Inspector detailing why the scheme should not go ahead.

Below is a summary of my representations and the Mayor’s Press Release here: https://www.london.gov.uk/press-releases/mayoral/stop-allowing-new-toxic-waste-incinerators

SUMMARY OF REPRESENTATIONS FROM TERESA PEARCE, MEMBER OF PARLIAMENT FOR ERITH AND THAMESMEAD

I seriously question whether there is a need for more of the same waste incineration to be located in south east London and this area in particular. I regret that the Applicant has stated that “consideration of alternative sites was not deemed necessary.”

As far as I can see, the Riverside Energy Park will do nothing to encourage recycling or to reduce waste. I do not believe that it will contribute to the circular economy and does not support achieving high recycling rates. In fact, once councils buy into this scheme it is likely to suppress recycling rates in the capital.

It is counter intuitive to be increasing incineration capacity just as public opinion is forcing manufacturers and supermarkets to drastically change the way they package goods and their waste policies.

After landfill, incineration is the least environmentally friendly form of waste disposal, and the question I keep asking myself is whether the energy said to be produced by this scheme justifies the negative impact it would have on the surrounding areas.

I am concerned about the additional emissions that the new plant would generate and the effect on air quality for my constituents and those across the River Thames to where the prevailing wind carries the toxins.

The expanded incineration plant would be surrounded by three significant Opportunity Areas, which will see substantial housing expansion in the years ahead. This will create a much larger number of human receptors than the current modelling shows.

The proposed plant will be immediately adjacent to the Crossness Nature Reserve, one of the last remaining grazing marshland areas in Greater London, and the construction and operation of the REP could have a lasting negative impact on the wildlife nurtured over the past twenty years.

I question whether the proposal is viable in respect of the connection to the electricity grid, with potential transport disruption and traffic delays, and associated air quality impacts, during the laying of underground pipes along a busy road corridor.

I am concerned about important gaps in the viability of the essential combined heat and power component of the scheme. It is not clear how the £14m pipe infrastructure and £3m reserve boiler will be funded and by whom. I also have doubts as to where the demand will come from, and I am not aware of any combined heat and power projects that have come forward from the existing plant. 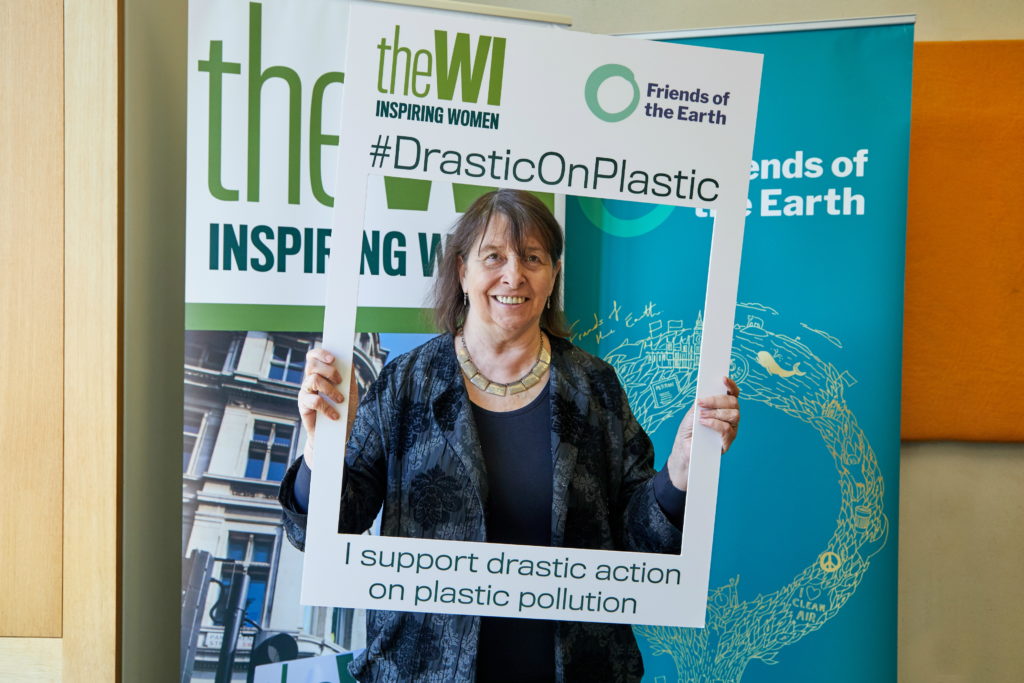 Teresa Pearce MP has lent her support to a campaign by the National Federation of Women’s Institutes (NFWI) and Friends of the Earth to dramatically reduce plastic pollution and the amount of plastic we use.

Teresa is supporting the Plastic Pollution Bill which calls for government to set targets to phase out non-essential single use plastics by 2025 and eradicate almost all plastic pollution by 2042.

“People in Erith and Thamesmead have told me they want urgent action to tackle the plastic waste that is blighting our environment and harming our wildlife. With 12 million tonnes of plastic ending up in the sea each year, we simply cannot wait any longer to take action.

“That’s why I am backing the Plastic Pollution Bill to stem the plastic tide and help preserve our environment for future generations.”

Teresa Pearce MP, has also signed a letter to the Secretary of State for the Environment Michael Gove, calling for a Plastic Pollution Action Plan to be included as part of the Environment Bill. 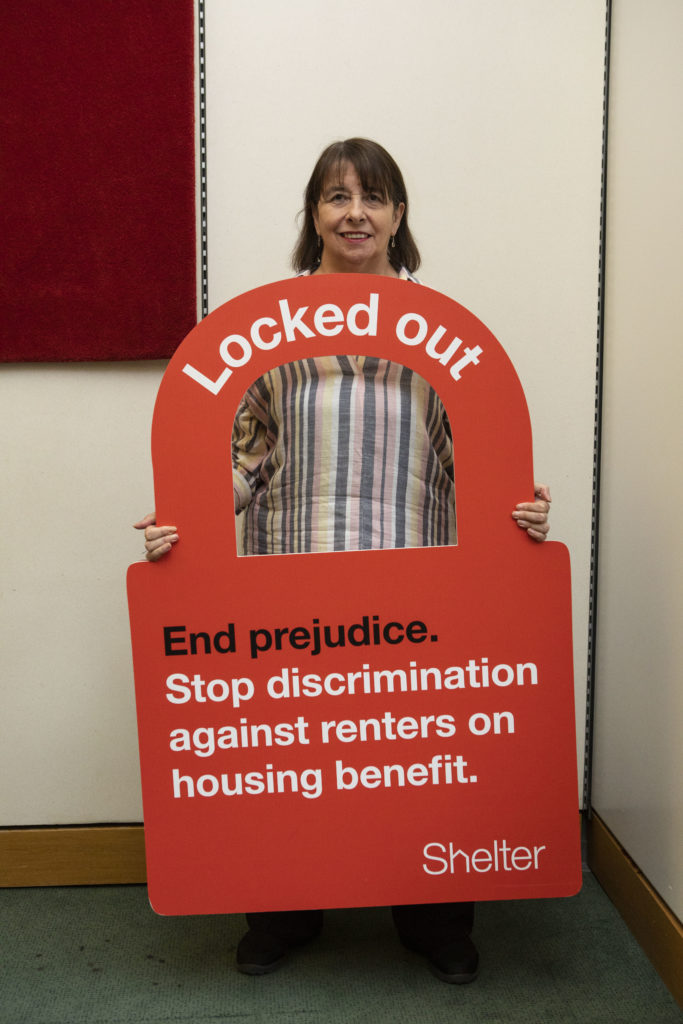 Teresa Pearce MP met with Shelter to lend her support to their #EndDSSDiscrimination campaign.

According to a YouGov survey of almost 4.000 private renters, one in three renters receiving housing benefit haven’t been able to rent a home due to discriminatory practices which exclude renters on housing benefit.

Under the Equality Act 2010, it’s unlawful to indirectly discriminate based on things like, gender, disability or race. ‘No DSS’ adverts and other exclusionary practices can breach the Act via indirect discrimination, as they disproportionately harm women and disabled people, who are more likely to receive housing benefit.

If like Teresa, you support Shelter’s campaign to End DSS Discrimination, you can sign the petition here: https://england.shelter.org.uk/support_us/campaigns/dss 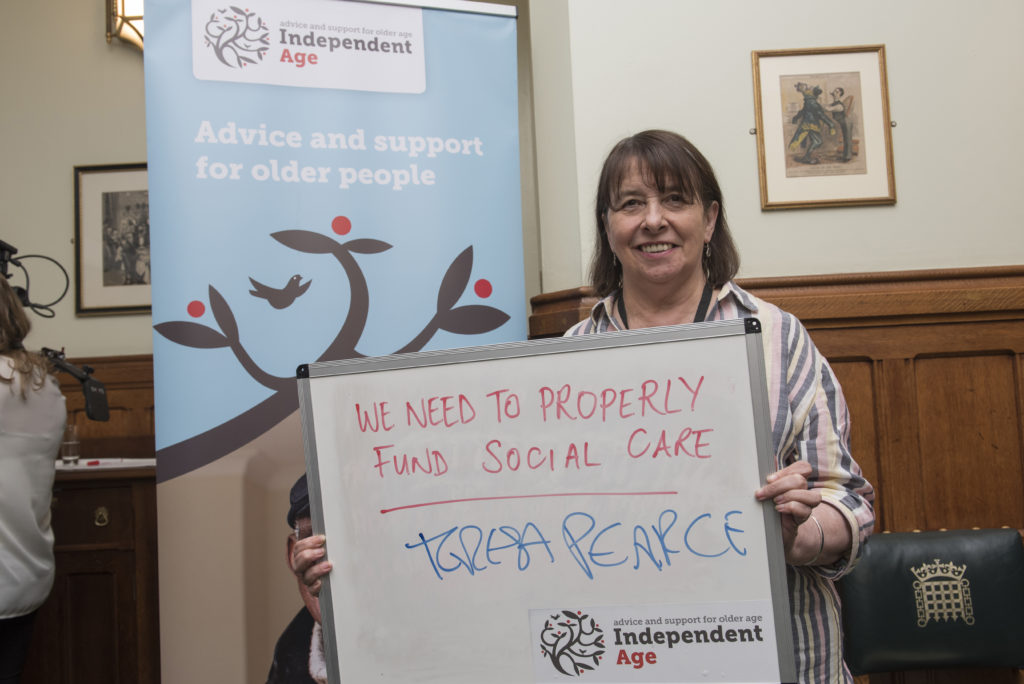 Independent Age host an interactive event to raise awareness of their free personal care campaign at Parliament on 24/04/19
Photography by DFphotography.co.uk / Danny Fitzpatrick

Teresa Pearce MP attended a drop-in event in Parliament this week to discuss the social care crisis with members of the public and to learn about the ground-breaking evidence from the older people’s charity Independent Age, on the benefits of introducing free personal care in England.

“I was delighted to have the opportunity to discuss the social care system with older people and hear their stories, and ideas on how it can be improved.

“I was also impressed by the evidence presented by Independent Age on the economic and personal benefits of introducing free personal care. Average care costs in the London region are £727 a week, and there are 12,657 people over 65 in Erith and Thamesmead.

“Independent Age has made a powerful case on how free personal care could benefit my constituents, and ensure that some of the most vulnerable people don’t have to worry about the financial costs of their care in the future. This policy must be considered as part of the government’s consultation on adult social care.”

For more information on the work the Independent Age do, visit their website www.independentage.org.

In the Chamber yesterday Teresa pressed the Secretary of State for Housing, Communities and Local Government, The RT Hon James Brokenshire MP, on the need to continue funding the Troubled Families Programme after its scheduled end date next year.

The Secretary of State answered to say he was a huge champion of the programme and of the work that it does.

After the debate Teresa said

The Troubled Families Programme aims to improve the lives of families with multiple needs. The programme has been incredibly successful with findings showing that the scheme has improved outcomes in a host of areas, with a particular reduction in the number of children being taken into care.

Through the programme, local authorities were given funding to support almost 400,000 families. The third annual report on the programme, ‘Building Resilient Families’ found that through the scheme, more and more families were getting access to the early, practical and coordinated support that they needed, in order to overcome their complex, interconnected problems such as anti-social behaviour, mental health issues or domestic violence.

You can see more of the exchange between Teresa Pearce MP and the Secretary of State in the clip below.

“Frankly, I am dismayed by the Public Accounts Committee findings.

“Crossrail was due to open in December 2018 bringing in a vital new rail service through London for local people from Abbey Wood station.

“A revised opening in autumn 2019 had been advised, but in all honesty my confidence in that timetable – and whether the £2.8 billion loan will be sufficient – has been shattered.

“It is inconceivable to me that the Department for Transport and Crossrail were not able to identify the root causes of the delay to the Public Accounts Committee. This is mismanagement on an epic scale.”

The full report can be read here : https://www.parliament.uk/business/committees/committees-a-z/commons-select/public-accounts-committee/news-parliament-2017/crossrail-progress-review-report-published-17-19/

Yesterday, during Home Office Questions, Teresa Pearce asked the Minister of State for Immigration, Caroline Noakes MP, two questions. In the first instance, Teresa Pearce MP asked what steps the Home Secretary is taking to ensure that Local Authorities settle the status of the children of EU nationals in their care.

The second question highlighted the challenges within the settlement scheme for this particular group of vulnerable children. Teresa asked the Minister if she agreed with her that as corporate parents to these vulnerable children, we should be giving automatic settled status to them. She also asked if the Minister agreed that fees should be waived for the children eligible for citizenship, to avoid them becoming undocumented.

MPs, Faith Leaders and Members from the Council come together to find solutions in the aftermath of Christchurch

It was a privilege to attend Greenwich Islamic Centre with Clive Efford MP this afternoon & speak to members of the Mosque, council leaders and community workers following the horrific events in New Zealand one week ago. We listened to their experiences and shared ours. Together in solidarity, we will work to eradicate the hate that is seeping through society and must be stopped.